UPI Puglia organizes a meeting for the promotion

Tomorrow, February 7th, starting at 9.30 a.m., the Province of Bari (at its Lungomare Nazario Sauro building) will host the technical meeting organized by UPI Puglia within the activities planned for the project “Volunteerism  Networking Towards Civil Protection and Prevention of Natural Disasters with the use of ICT”, financed by the 2007 – 2013 Greece - Italy European Territorial Cooperation Programme.

UPI Puglia together with its Greek partner, the Regional Union of Municipalities of Epirus, intend to face the forest fire issue. Forest fires are a constant threat for the two territories, characterized by unique natural recourses, that have to be safeguarded and preserved with the involvement of all the territorial stakeholders. The aim is to create useful synergies for the realization of the project’s goal.

The meeting, that will be attended by representatives and experts of the Union of the Apulian Provinces, of the Regional Union of the Municipalities of Epirus and of the competent Authorities in the field of prevention and mitigation of forest fires operating within the Apulian territory, has the aim to open a debate on the appropriate analysis and tools to use in order to raise awareness in the Italian and Greek territories involved as regards the forest fire issue.

“Apulia and Greece are two splendid territories that border the Mediterranean Sea and that are a privileged destination of tourists arriving from the entire Europe and not only. Both territories, – explains the UPI Puglia president, Mr. Francesco Schittulli – in particular during the summer, have to face the fire plague that devastates wooded areas at times due only to the citizens’ carelessness and negligence. This project aims to create a synergy among Apulia and Greece that will further sensitize Apulian and Greek citizens as to a more careful observation of the natural and human phenomena that are the cause of so many fires. 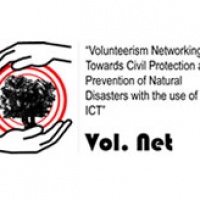